If you’re thinking of going to medical school, then the odds are that you’re passionate about healing people and helping them stay healthier longer. However, that doesn’t mean you’re naive to the fact that doctors tend to earn impressive salaries.

In fact, on the Bureau of Labor Statistics’ list of the 20 occupations with the highest median salary, 13 of them were doctors. With that in mind, prospective med students who make it through their schooling and residencies can anticipate earning high wages down the line.

While it’s clear that doctors have great earning potential, future physicians should be aware that various factors can affect their income. Additionally, many doctors find themselves spending a great deal on medical school tuition loans, malpractice insurance, travel expenses, and other costs.

Keep reading to learn more about doctor salaries and discover what you can expect to earn if you pursue a career in this field.

Why Doctor Salaries Tend to Be High

There are numerous reasons that doctor salaries tend to be high. For one thing, a medical career comes with a significant amount of stress and responsibility. After all, you’re regularly making decisions that impact people’s lives and wellness. Moreover, doctors are held in high esteem, so it’s not surprising that their skills net significant financial rewards.

Additionally, doctors’ salaries may be higher than average to compensate for the educational costs. While tuition prices vary significantly, an article by US News & World Report reveals that the median cost of schooling in 2019 was $250,222 at public universities and $330,180 at private institutions. So it’s no surprise that a majority of medical school graduates face sky-high student loan payments for years to come.

The fact that residents tend to earn low salaries also impacts their ability to pay back those loans in the early years of practicing. As a new doctor with a loan debt of $201,490, you can expect to have a monthly loan payment of $2,288 a month on a standard,10-year federal repayment plan. This bill can have a significant impact on your cost of living.

Finally, doctors face medical malpractice costs that necessitate a higher-than-average salary. While the price of malpractice insurance differs based on the type of doctor and where they’re located, future physicians should expect to pay between $5,000 and $100,000 a year to guard against lawsuits.

In general, the specialities with the highest malpractice costs include neurosurgery, cardiovascular, and general surgery. On the other hand, dermatologists, pediatricians, and psychiatrists tend to pay the least in malpractice insurance.

When it comes to doctor salaries, the numbers vary dramatically based on specialty. Overall, the average physician income was $313,000 a year according to the 2019 Medscape Physician Compensation Report. In general, primary care and pediatrics sit at the lower end of the salary spectrum, while cardiology and orthopedics occupy the higher end. In fact, an orthopedic doctor can expect to earn an average salary of $482,000, while pediatricians regularly make around $200,000.

Here are some of the other average salaries by physician type as of 2020. It’s worth noting that some of these income numbers have been affected by the COVID-19 pandemic:

Prospective med students should also be aware that doctors don’t earn the highest salaries when they’re first starting out in their careers. In general, physician salaries rise between the ages of 40 and 69. This trend may be due in part to the fact that most doctors don’t complete their residencies and fellowship training until around 30 or older depending on the specialty.

Along with chosen specialty, practice status can have an impact on average salary. In general, physicians who own a practice alone or with partners make more than those working in academic settings or for hospitals or healthcare clinics.

However, being self-employed comes with additional costs. If you go into private practice, you should expect to invest a large position of your earnings back into the business. In particular, self-employed physicians may pay more for malpractice insurance than those working for someone else.

Does Geography Play a Role?

Where you live and work also plays a significant role in potential earnings. While you might expect salaries to be most competitive in wealthy areas with a high cost of living, like Massachusetts and New York, in reality the top three states for doctor earnings are Alabama, Kentucky, and Oklahoma. The disparity is likely due to the fact that affluent, highly populated states tend to have a greater concentration of medical school grads, while less wealthy areas have to work harder to draw talented physicians to the region.

In particular, new physicians looking to boost their wages may want to consider working in a rural part of the country. Not only do these positions tend to feature higher salaries, but they also come with perks like hefty signing bonuses. According to one report, doctors in rural areas earned signing bonuses of around $22,846, which is more than $5,000 higher than those netted by primary care physicians in urban regions.

Unfortunately, medical speciality and geography aren’t the only factors impacting doctor salaries. Systemic racism and sexism mean that doctors may earn less money based on considerations outside their control. For example, research shows that Caucasian physicians tend to earn higher salaries than those of other races, even if they work in primary care, which is typically a lower-paying field. In particular, white male doctors made 35 percent more than black male physicians, and both white and black men earned more than female doctors in the same specialties.

It’s worth noting that men tend to go into higher-paying specialties more often than women. In fact, as of 2019, only 9 percent of orthopedic doctors were women. However, within a given medical field, men still tend to earn more than women. This trend is one that prospective medical students should keep in mind as they plot their career paths moving forward.

JESSICA FREEDMAN, M.D., a former medical school and residency admissions officer at the Icahn School of Medicine at Mount Sinai, is the founder and chair of MedEdits Medical Admissions and author of three top-selling books about the medical admissions process that you can find on Amazon. 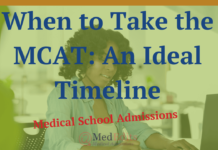 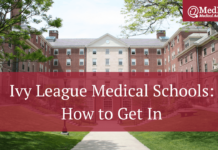 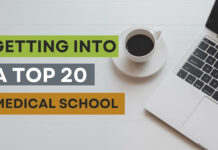 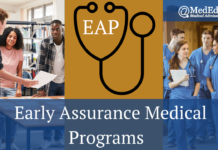 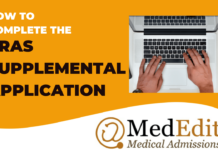